Home Travel Visit India to know about its Mythology 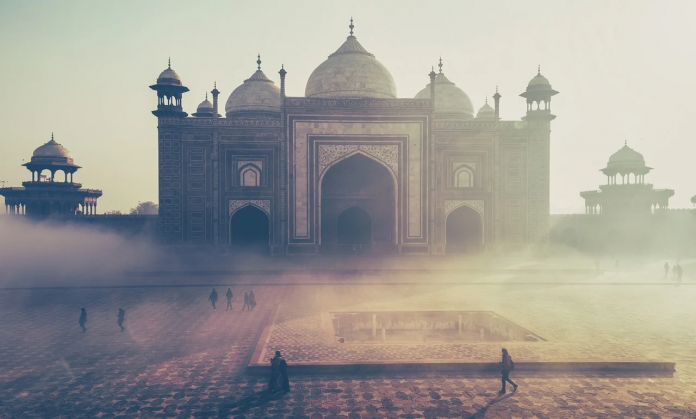 If you are interested in mythology then you must come to India, because there are very few countries with heritage and culture like India. Many scholars and intellectuals have come here many centuries ago to know the mythology of this place and have been enriched by gathering information.

India’s mythology has always given her the best place in the world.  Whose civilization, language, literature, religion, culture, mythology have all taken the world to a whole new level. If you want to know about the myth of this country, you should first know about this country. India is a secular country but some ancient pilgrimage places made India more famous. You can look for Air India ticket booking or any other flight ticket to visit India.

You will know those places and their mythology below.

The first thing to know about the mythology of India is the two famous mythological poems  Ramayana and Mahabharata. The city of Hampi is situated in Karnataka. According to traditional mythology, Hanuman, one of the best characters of Ramayana and the god of Hinduism was born in this city. The mythical Hanuman kingdom was here. It is believed that the Anjaneya hills on the banks of the Tungabhadra river are the birthplace of Hanumanji. Hampi is also famous as a myth for its name. The name of this town comes from the river Pampa (Tungabhadra). It is said that Pampa was a daughter of Brahma and absolute worshiper of Lord Shiva. Seeing her devotion, Shiva granted her a boon and asked him to marry her. Gold was thrown from heaven at that wedding. At present this place is famous as Hemkuta hill. Like the Ramayana, you will know the story of Mahabharata from this city. At present this holy place is located in Haryana. It was here that Lord Sri Krishna taught Arjuna the lessons of life on the battlefield. This place is named after the present king Kuru who could never be touched by any disease or accident because he gained moksha. In the epic war of Mahabharata, Kauravas were defeated by the Pandavas.

The importance of Ramayana is immense all over India. Chitrakoot is presently located in the state of Madhya Pradesh. This place is especially associated with Lord Rama. Sri Ramchandra went to the forest with his wife ma Sita and brother Lakshman for 14 years to obey his father’s order. They spent 11 years in this hilly area. Another significance of this place is that Bharat, one more brother of Rama came to take him back to Ayodhya. When Ram discards, Bharat puts Rama’s slippers to place on the throne. Chitrakoot has been of special pilgrimage importance in India since this incident.

The popular place Navadvipa is located in Nadia district of West Bengal. According to the Puranas, Mahaprabhu Sri Chaitanyadev was born here. The establishment of the Vaishnava religion is also in this place. Mahaprabhu Sri Chaitanya becomes a famous Indian ascetic and mystic in the sixteenth century. It is known from Vaishnavism, Lord Krishna while the supreme power of God, and also Sri Krishna as an Avatar of Lord Vishnu. That’s the myth of this place, which makes it more attractive to the visitors.

Therefore, it can be said that if you know well about the above places, you will not have any more problems. If you are interested in the mythology of India then you need to know about these places. This information will surely help you.

7 Reasons to Live Abroad at Least Once in Your Life

Where to Go to Learn More About US History

Top 10 Beautiful Places In The World To Visit